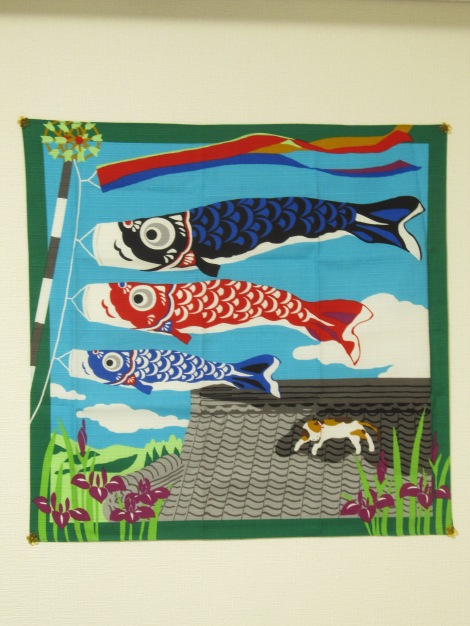 May 5th is a public holiday and part of Golden Week. It is known as Kodomo no Hi which is Children’s Day. This was implemented in 1948 and technically is the day families celebrate the healthy growth and happiness of children however it is more commonly translated as Boys’ Day and has been a celebration of boys and sons since ancient times.

May 5th was traditionally known as Tango no Sekku and was a festival for boys. Girls are not left out they have their special day on March 3rd which is known as Hina Matsuri.

On this day people wish for the health and happiness of their son and hope that he grows to be a brave strong individual with a fighting will.

Boys’ Day is well known for some unique traditions and decorations.

Families with boys fly huge carp-shaped streamers (koinobori) outside their houses and they are often seen outside public buildings. They are believed to bring good luck to the children inside. There are usually 3 Carp streamers, the largest represents the father, the next mother and the smallest the son. The carp was chosen because it symbolizes strength and success; according to a Chinese legend, a carp swam upstream to become a dragon. They are believed to be strong and spirited as they fight their way upstream through various challenges like powerful waterfalls and represent the desire for a son with a fighting spirit and the desire to succeed despite any obstacles in his way .

Kabuto, samurai helmets, and miniature or child sized sets of Samurai armor are displayed in homes. Again the wish for a son with courage and honour is represented,

There are doll ornaments displayed which represent traditional folktale characters who were heroes and symbolize strength and courage such as Kintaro and Momotaro. 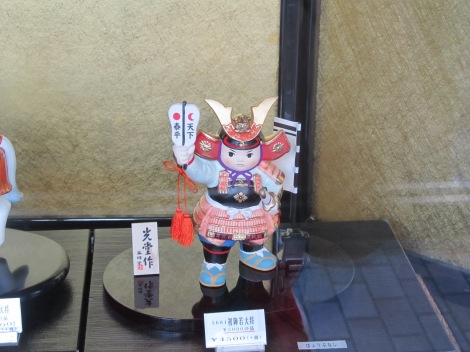 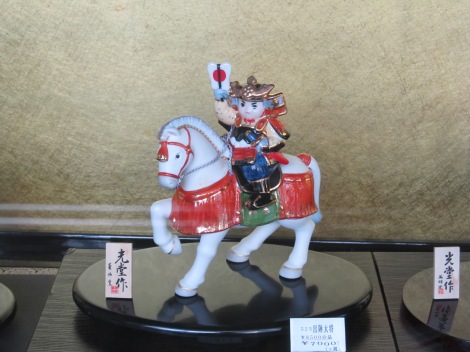 As with any self respecting Japanese festival there are special foods to be eaten on that day.kashiwa-mochi, or rice cakes stuffed with bean paste and wrapped in oak leaves which symbolize strength. The oak tree is considered sacred, and because old leaves do not fall off until new buds appear, they are a symbol of a continuous family line. Chimaki, or dumplings wrapped in bamboo leaves, are also consumed.

Iris flowers, which correspondingly bloom in early May, are symbolically placed in homes to ward off evil. In addition, it is customary to take baths known as shobuyu, which are filled with floating iris leaves. I have heard that the long blade like leaves are symbolic of a samurai sword. 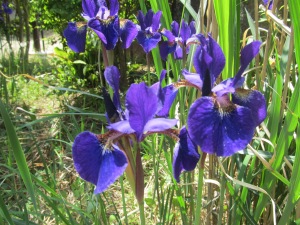 In the spirit of the ancient Japanese festival, I wish your sons well and hope they have good health and happiness in all they endeavour to do and  grow to be strong courageous young men who make you proud.