My parents were in Japan on their first overseas trip. I was anxious to show them as much as possible. I had cram packed days planned lasting from early morning through to late at night.

I remember vividly the day we were to catch the Bullet train down from Tokyo to Hiroshima. Dad started the morning by stating in no uncertain terms that he refused to run to catch yet another “bloody” train. He was adamant we would set out early for Ueno Station and get there in plenty of time for the bullet train so we could board at our leisure.  Seemed like a plan, so we set off earlier than usual. We arrived at the station with a good hour plus up our sleeve before departure.

“Now this is good” said Dad, “we have time for a cuppa before heading to the platform”

A very contented and somewhat smug dad supped on his cuppa and we were all happily looking forward to our trip on the world renown bullet train. 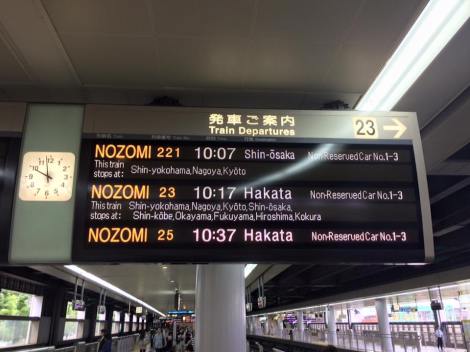 Panic started to set in. Our leisurely approach to catching a train was abandoned and we started to elbow our way past people to get down the escalator. Images of slow motion scenes flashed into my brain, Rocky battling across the  crowds calling out “Adrian!!!!!” or something out of the movie “Sliding Doors”.

Just as we burst on to platform the doors of the train slid shut and the bullet train glided away. 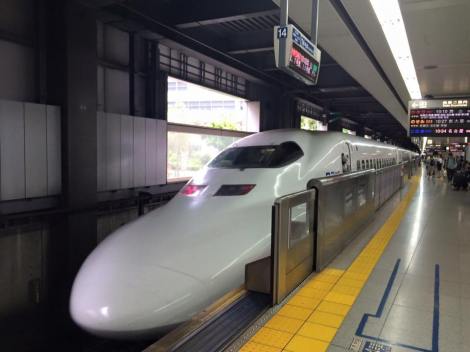 Looks of disbelief, an expletive, Dad shaking his head and us bursting into laughter are for ever caught in that small moment of time.

As Robert Burns, the Scottish poet said in his poem, To a mouse, written in 1786

Luckily for us there was another train in half an hour. Just the perfect time for dad to catch his breath before I rushed him and mum off on the next leg of our adventure!

Photos compliments of Scott who is visiting with family at the moment. I didn’t have a digital camera back in the day!