Behind these massive wooden doors with large metal studs lay some of the most amazing woodworking work shops.

Essaouria is a small seaside town in Morocco. The town’s seaside medieval ramparts where once part of the towns defences and held ammunitions. Huge metal canons on wooden cradles still sit atop the ramparts looking out to sea. A fleet of blue wooden boats moor in the harbour. It’s a great place for fresh seafood! 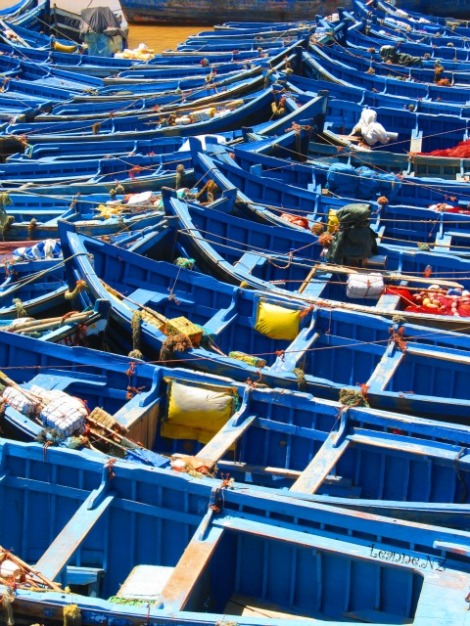 The ramparts later became stables for stock and now they have been incorporated into a souk or marketplace famous for it Marquetry, the art of inlaid woodwork.

Such a pity my backpack could not accomodate this!

We came across an artisian’s work shop near our hotel. Damascene is beautifully intricate and delicate work which originally found its way to Toledo from Damascus. I was interested to find out Japan has a similar technique.

One of the joys of traveling for me is finding the local markets and crafts. These artisians were memorable and photo worthy!

In response to Cee’s fun photo challenge Wood and Metal

5 responses to “Artisans of Wood and Metal”